Enter your City name or Pincode

A district in U.P. which is a part of Lucknow division is largest district as far as area is considered. It touches the border of Nepal.  It is famous for a national park named Dudhwa National park. It is ranked at second lowest position in terms of sanitation in India as a survey done by Ministry of Urban Development. Lakhimpur is ranked 56th in India among 640. Sitapur is the sister city of Lakhimpur. Lakhimpur has 2 Parliamentary Constituencies, 8 assembly constituencies, 6 tehsils, 15 blocks, 4 nagar palika. There are 4 hotels namely Pratham, Surabhi, Ashirwad, Saluja and two restaurant  namely Shivam and Vegitaria. 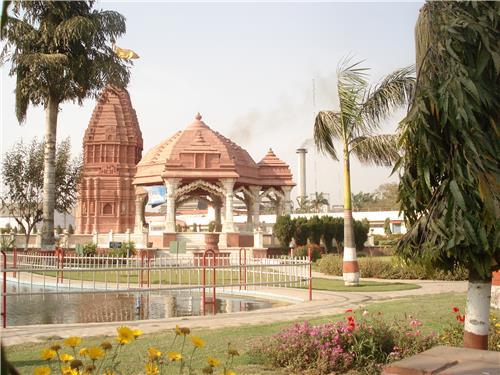 Lakhimpur was earlier known as Luxmipur. Several places here belong to Mahabharat episodes. Rajputs held the northern part of the district in 10th century. In 17th century when mughal empire (Akbar) ruled this district was part of Sarkar of Khairabad n Subah of Oudh.

Lakhimpur is a municipality in the Lakhimpur Kheri District in Uttar Pradesh. It is quite famous for its temples, mosques, wildlife sanctuaries, etc. Tourists from all parts of the country and the world throng this place every year. Let’s see here the some of the important tourist destinations of Lakhimpur.

Dudhwa Tiger Reserve is set up by merging the Dudhwa National Park as well as Kishanpur Wildlife Sanctuary in the year 1987. Dudhwa National Park is the first national park of Uttar Pradesh after formation of Uttarakhand. The National Park houses many endangered species of Leopard Cat, Hispid Hare, Tiger, one-horned Rhinoceros, Elephants, Swamp Deer, Black Deer, etc. It is also bird watcher’s haven as it houses 400 species of birds here. The lakes and swamps of the national park attract a wide variety of waterfowl. It is also home to migratory water birds as it is situated at the foothill of the Himalayas. The Banke Tal of the national park is the ideal spot for the bird watchers. Some of the familiar birds found here are cormorants, egrets, herons, geese, teal and ducks.

The present day Dudhwa National Park spreads over a 303 sq miles of forest area and it was brought under the Government control in the year 1861 which was following the visit of Sir D B Brandis in the year 1860. All the Sal as well as miscellaneous forests and grasslands that are found between Suheli and Mohana Rivers are included under North Kheri Forest Division. More areas were added and the legally constituted reserved forests came into existence in the year 1937. The Sonaripur Sanctuary was created in the year 1958 mainly to protect the swamp dear and it was further enlarged and more areas added and was declared as Dudhwa National Park in the year 1977.

Out of the total area of 616 Km2 of the park, 490 Km2 is the core zone and the remaining 124 Km2 is the buffer zone. Though the wildlife sanctuary was established in 1958, it was declared as National Park in the year 1977. The tiger reserve was established in the year 1988 and it consists of Dudhwa National Park as well as Kishanpur Sanctuary. The tiger reserve lies on the foothills of Himalayas on the India-Nepal border. In the year 1997, an addition of 66 Km2 was added to the tiger reserve and the total area became 884 Km2. The Dudhwa Tiger Reserve is some 100 Km away from the Lakhimpur railway station by road. Deer Park and Sharda Dam are some of the major attractions of Lakhimpur.

It is an architecturally beautiful mosque situated between Kheri and Lakhimpur railway tracks. The foundation for the mosque has been laid on the northwest of Kheri town which was outside the dwelling area. There are entrances on three sides of the mosque and the courtyard of mosque could be reached through them. During Eid, the area found outside the mosque is used for shops, street entertainers and food stalls.

This historical shrine is situated 7 Km from Lakhimpur. According to Bhagavad Gita, King Prikshit son Janmejayi performed Nag Yagna here. The local belief is that wherever the holy soil of temple is made available, the snakes do not enter that place. The main deity of the temple is Lord Shiva. Devakali, the daughter of Lord Brahma did a penance here and this place is named after her.

This temple is otherwise called as Shiv Temple and is dedicated to Lord Shiva. The Gola Gokaran Nath is otherwise called as Choti Kashi. According to the legend, Lord Shiva was pleased with the penance of Rawana and bestowed him with a boon. Rawana requested Lord Shiva to go with him to Lanka and leave Himalaya forever. Lord Shiva agreed for his request on one condition that he should not be placed anywhere on the way to Lanka and if he was placed anywhere, he would settle in that place for which Rawana agreed and started his journey to Lanka.

But when he reached Gola Gokaran Nath, he had to attend to the call of nature and he handed over the Shivalinga to a Shepherd and asked him to keep it until he returned. But the shepherd (Lord Ganesha) placed the Shivling on the land and Rawana could not lift the Shivalinga despite his efforts. In anger, Rawana pressed his thumb on Shivalinga which is seen even today. The major festivals celebrated in the temple are Chaiti Mela, Saavan Mela, Bhoot Nath Mela and Maha Shivratri Mela.

Services and Utilities in Lakhimpur

Lakhimpur city is situated in Lakhimpur-Kheri district of Uttar Pradesh. Some of the public utility services available in Lakhimpur are:

How to Reach Lakhimpur

Lakhimpur is at 124 km distance from Lucknow and can be reached here by UPSRTC bus services. Palia Airport located near Dudhwa National park and is 90 km from the main city and 135 km away is Lucknow airport.

Are you a Business Owner?

Add the products or services you offer